What Is Dueling Pianos?

Dueling Pianos is a concert, comedy show and cabaret all rolled into one!

Nothing is off-limits from pop, rock, country, hip-hop, hairbands, disco, punk rock, standards, showtunes – if you can hum it, we can do it!

What is Shake Rattle and Roll?

Check our schedule page for tickets to that or any of our other shows in locations throughout the east coast!  You can also see our Frequently Asked Questions page to learn more. 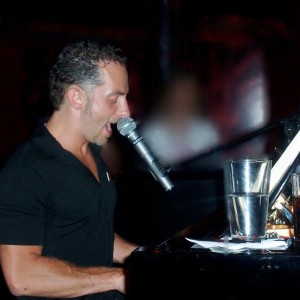 Mark Weiser singing into the microphone at a Dueling Pianos NYC show.

Fresh from Fox’s “Don’t Forget The Lyrics“, where he remains the all-time champion, Mark Weiser brings the party to every performance! Now with more than thirty years as an entertainer, your event is in great hands. In fact, Mark has been playing dueling piano shows for sold-out venues right in the heart of NYC since ’07.

With a song list that runs to the thousands, and an artist selection of thousands of performers, just try and stump him! From all eras, whether rock, pop, country, hip-hop, hairbands, Motown, showtunes or standards, everyone’s favorite tunes are at Mark’s fingertips.